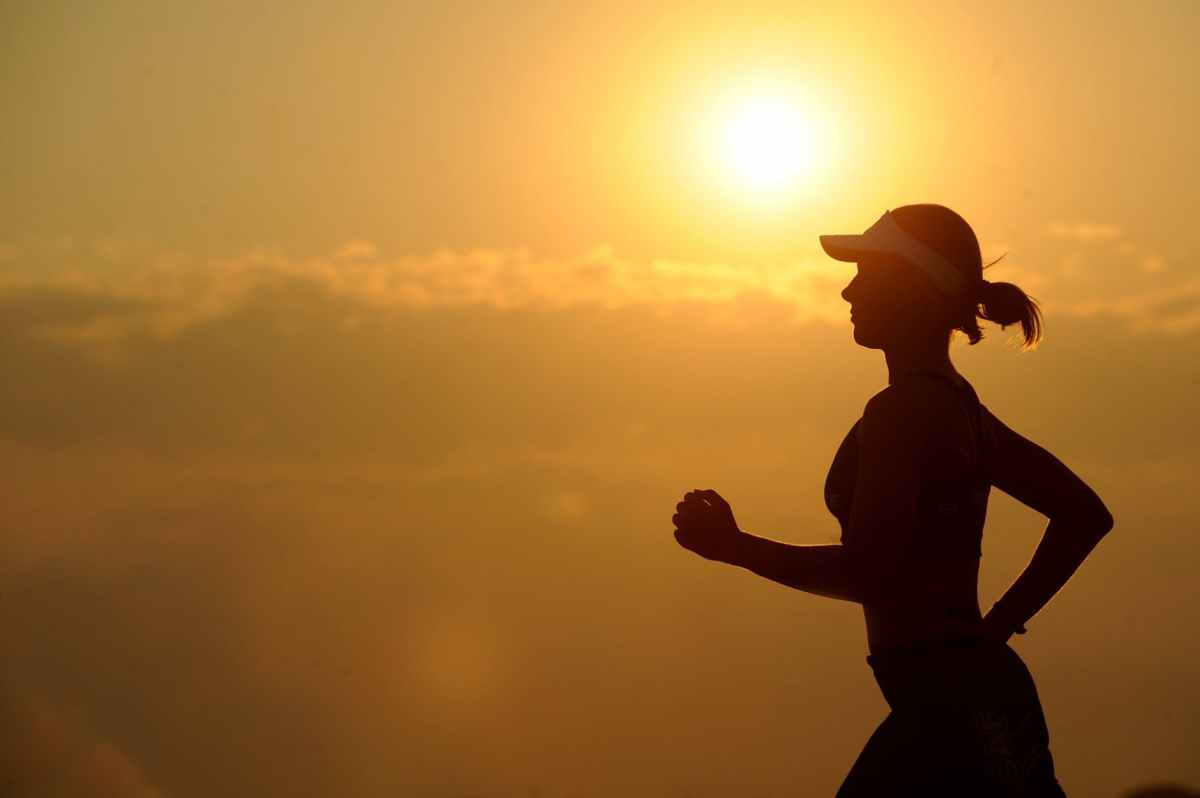 I’m about halfway through the 75 Hard Challenge, so I thought I’d share my progress and thoughts on the program so far. For those of you who haven’t heard about Andy Frisella’s 75 day plan for getting strong. I wrote a bit about the intensity of the program and an overview in a blog post a few days ago. If you’re interested in learning what it’s all about, check that one out first.

So, now to the progress. 35 days into this and I have a lot of adjectives to describe how I feel. Here’s a general list:

According to a lot of articles out there, working out twice a day is not always the best for your body. And I agree! You have to listen to what’s going on with your muscles and you need time to recover. It’s proven that during recovery is actually when your body is doing the most growing. But, don’t for one moment think that it means you can’t be active more than once a day.

Sometimes low-impact, easy activity is better than nothing. Also, with the right alternation of muscle groups, you can workout pretty much every day twice without working out the same muscle group too soon.

Physically, I think I may be in the best shape I’ve been since high school. I am more of an athlete than I ever was and I’m leaning into that belief. Part of this program is that it reprograms you to think differently about what you’re doing to and for your body. Eating has become a science. Working out has become a career.

When I say I feel amazing – I mean I feel clear of mind, focused, energized, more capable and stronger than ever. When I say I feel proud – I feel like I am confident and able to showcase the hard work I’ve put into my body. Sure, I’m achy, this is super tough. I have to refuel and think about vitamins and foods that are going to help me replenish and rebuild. These are all ways that in just 35 days I’ve experienced complete transformation. And I say transformation because honestly, I never had this will power before. I’m consciously noticing my body changing, my fat melting, my muscles becoming more visible, and my eating habits becoming more of unconscious decisions.

What’s even better about the impact that 75 hard has on our bodies is that it truly impacts our brains. I crave the motivation and the hype I get from reading and improving my mentality. Each day I wake up ready to read my identity statements, watch inspirational videos and get motivated to improve.

I’m currently reading Think and Grow Rich by Napolean Hill. (Side note: one of the requirements of 75 Hard is to read at least 10 pages a day.) Hill expresses one way that people are capable of achieving more money and more success that is probably the number one thing I’ve struggled with my whole life – belief.

What’s amazing with 75 Hard is that I’ve really changed my mentality to accept what is mine. I have cast aside any negative self talk and replaced it all with positive self talk. This positive self talk has led me to finally figuring out how to believe – really believe. I’m not talking about the type of “wishful thinking” belief that most people go around claiming to have. I’m talking about “deep down, I’ve got a fire within me, this is an unshakable truth” kind of belief.

It’s been 35 days and I SWEAR, I’ve affirmed and manifested a completely new life. I undoubtedly look back at my life just last month and think to myself how drastically different it is compared to this moment. I do plan to go deeper into this topic in the coming weeks, but I will leave it at this.

The progress I’m making on 75 Hard is just that. It’s progress. Isn’t that what we’re all after? Wouldn’t just some progress every day make you feel good about your life? 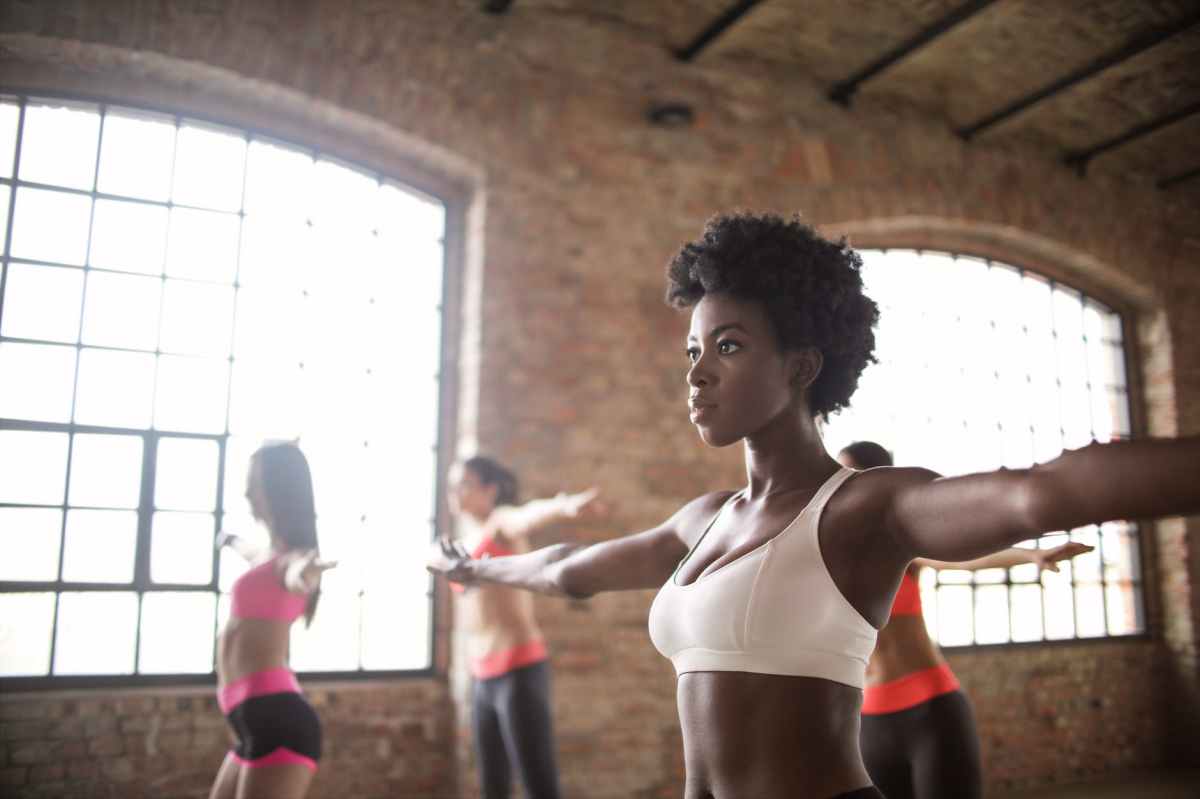 When I first learned about 75 Hard – a super 75 day challenge created by Andy Frisella – I didn’t actually stop to look up how it was supposed to work. I simply learned about the rules from a friend, made up some of my own rules, and dove right in. It wasn’t because I wasn’t interested in the real rules, rather I was so excited I didn’t even realize that it was a legitimate program that people are doing all over the world.

So, about 14 days into my new life, feeling empowered, kind of achy, and mentally fresh, I looked up the “the 75 hard challenge” and the first link I saw was Frisella’s text heavy explanation. It felt a little dicey at first, with big disclaimers and a sort of raw web page that didn’t feel legitimate. But, then I realized, this program is so much different than I thought. The words that stuck out to me at the very top of his website say:

“THIS IS NOT A FITNESS PROGRAM

Well if that doesn’t pique your interest… So, I dove deeper and what this program claims to do is change your life completely. And, who wouldn’t want that? Things from being better friends and family members, to getting raises at work, and becoming more confident, are the outcomes Frisella says are possible when you take part in the 75 Hard program.

Then something interesting happened. I continued my research, scrolling down the search results page only to find one negative article after another. Now, I’m 23 days into this program and yes, it’s hard. I’m tired. My body is sore all over and I can’t get enough sleep right now. But, I feel amazing! I am balancing everything in my life to a point where I’m able to do more, I have more self-confidence than ever, and I actually wake up and crave my daily routine of positive affirmations and motivational “priming”. I’ll get to my routines in another blog.

So, why are all these big media sites bashing the 75 hard challenge? I’ve concluded it’s because people don’t understand what it takes to transform yourself. One of the caveats of the program is to select a diet program and stick with it for the 75 days. Now, when people are desperate to make changes, they sometimes rush to do the most drastic thing they can. Well, that’s a surefire way to get yourself into a mess fast. Everyone is well aware that yo-yo dieting is a real thing and that intense changes to your diet or fitness routines are not sustainable. They can lead to health problems and opposite intended effects on your body like fat and weight gain.

Hence, the negativity surrounding 75 Hard. Since you get to choose your own diet, you can be make this terrible decision and it’s easy if you don’t do your research first! If you’re choosing a drastic diet plan and a drastic fitness plan, then yes you may be making this 75 days more dangerous than it needs to be. However, that’s not the point of a 75 day challenge. So, there are some different ways to think about it and make this a more positive, safe program. (Why don’t writers ever speak to the positive things?!)

75 days is a long time! That’s over two months of consistently doing the same activities day in and day out to expand your mind and grow your mental fortitude. They say it takes just 21 days to create a new habit… well that’s actually a bit of a myth. There are several articles now backed by scientific studies that prove it can take about 66 days or 2 months. So, during this 75 days, you’re creating completely new habits for yourself. Imagine, just 75 days and even if you just wanted to make one positive change – you can do it. That’s so empowering to think about!

The most important thing someone could do when preparing for the challenge is decide on the most sustainable habits to create life-changing results and not contribute to dangerous behaviors. I mean let’s be honest, if you do something consistently for 75 days, there is no doubt you’re going to see some change! But, you also must be able to stick with it.

So, my positive spin on the 75 Hard challenge isn’t to warn people of the potential dangers and pitfalls. I’d rather encourage people to choose something that’s simple and accomplishable in 75 days. Remember, it’s every single day for over 2 months. You have to mentally commit to that change and when you do, it can be so powerful. It doesn’t have to be a crash diet or impossible calorie restriction because 75 days is enough time for any small diet changes to show big results.

Plus, you’ll get so addicted to the feeling of just being stronger, smarter, clearer in thought, that you’ll want to do more than 75 days anyway. Think about this for the long haul…

What is Intently You?

The Intently Community is a collective ready to help you break out from negative cycles. Whether you’re feeling burdened by finances, personal traumas, work life, or other negative life events, there is a way out. The first step is recognizing the cycle, the second is joining the community to break free from it. Join the community for daily motivation and tips on living with intention, positivity, and meditation at the core.